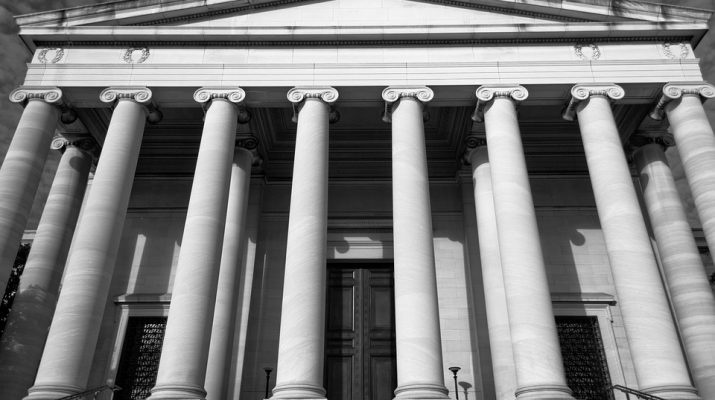 In a 24 page decision issued on September 23, 2016 the Louisiana Fourth Circuit appeals court (the Appeals Court)struck down the Civil District Court, Orleans Parish (the lower court’s)dismissal of a lawsuit brought by an unsuccessful bidder for a multi-million dollar remodeling job at the vacant city-owned World Trade Center at 2 Canal Street in New Orleans.

After the City had requested,received and reviewed the proposals, it awarded the job to Carpenter & Co. of Cambridge, Mass. and Woodward Interests LLC of New Orleans (Carpenter-Woodward). The Carpenter-Woodward proposal called for the redevelopment of the property into a Four Seasons Hotel and condominiums.

An unsuccessful bidder,Two Canal Street Investors, Inc. (“TCSI”), had challenged the lower court’s decision on the basis that it had erroneously required it to post a $750,000 security in order to pursue its lawsuit to overturn the City’s award of the contract to Carpenter-Woodward.

The Appeals Court ruled that ICSI should not have been required to post the $750,000 security because TCSI had chosen to appeal the final judgment that dismissed its suit. By requiring ICSI to post the $750,000 without a hearing after ICSC had filed its appeal, the trial court violated ICSI’s constitutional right of access to the courts.

The Appeals Court also found that the costs incurred by Carpenter-Woodward were in large part costs “presumptively nonrecoverable” because they were not incurred in the actual trial on the merits. Furthermore,the Appeals Court found that Carpenter-Woodward had failed to show why any or all of its expert witnesses fees or pretrial depositions were necessary to defend against ICSI’s suit against them.

For these reasons, among others, the Appeals Court vacated the lower court’s orders dismissing the suit and assessing the $750,000 security; and remanded the case to the lower court for a hearing on these issues at which time ICSI could present evidence.

The City has said that it does not expect that the job for which Carpenter-Woodward was hired will be significantly delayed by these additional procedural requirements.